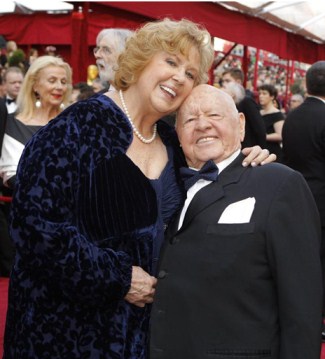 Actor Mickey Rooney  & his wife Jan @ 82nd Academy Awards.  Mickey, 90 is an actor and entertainer whose film, television, and stage appearances span nearly his entire lifetime.   During his career he has won multiple awards, including an Academy Award, a Golden Globe and an Emmy Award. Best known for his work as the Andy Hardy character, Rooney has had one of the longest careers of any actor.