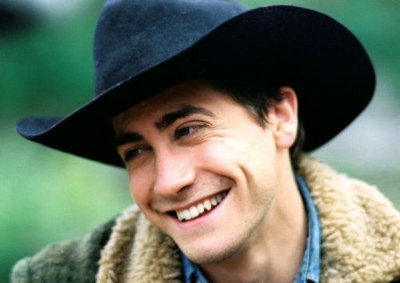 It sounds like a case of “he doth protest too much”, but we’ll bite. Adam Levine wants to tell you a little somethin’ somethin’ about his boy, Jake Gyllenhaal: He’s not gay!!

In a new interview with Out magazine, Adam said this:

Will everyone stop thinking that dude is gay? Seriously guys. How immature is it of the media to perceive this guy — it has to be because of Brokeback, right? I’ve known this dude forever. He’s one of my oldest friends, and it’s very weird that they have this — it’s very immature and infantile the way they treat his whole situation. If him hanging out with his bros means he’s gay, it’s like further perpetuating that weird homophobia that exists in our culture, which is just stupid. So, yeah, he’s my buddy. I f*ckin’ love the guy.

Good on Adam for taking one for the team! Hey, if Adam says it, then that means it has to be true, right? I believe him, Jake’s not gay. Now where can I get his digits? For research purposes, of course.