Adrian Grenier Is Dead To Me 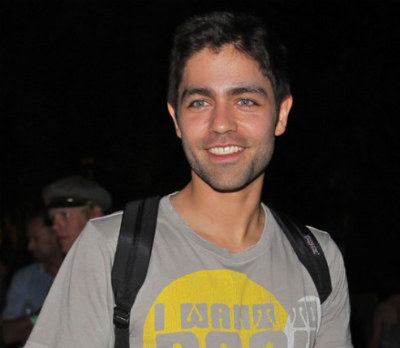 Oh Adrian Grenier, you slay me.

But because of what happened during a brief run-in with a notorious slutmonster, that could all change. Kim Kardashian happened to be at Diavolina in Beverly Hills, doing some shopping when she ran into our boy Adrian. Casually (it better have been!) as they passed by each other, he grazed her neck and they faked air kisses at each other.

They were both said to be working as they were tailed by camera crews. As they made their way past each other, the duo hugged politely.

Seeing that I really don’t care for Kim that much, this means she has diseased the thought of low-down dirty sexytimes with Adrian. Anything she touches turns to crap. It’s the anti-Midas touch.

So because of this incident, which probably lasted roughly two minutes, he’s now dead to me. DEAD!