Alex Welch Is The Girl Demi Lovato Beat Up 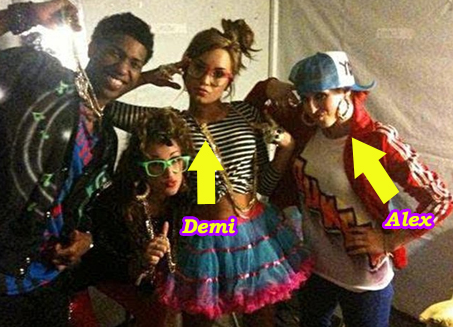 Alex Welch, 21,  is the girl that Demi Lovato allegedly punched.    Demi Lovato recently stopped touring with the Jonas Brothers and checked in a Rehab center.    Apparently Demi checked herself into rehab after she punched Alex Welch because she felt terrible about doing it and realized she need help.  Meanwhile it is rumored that Alex has spoken to a lawyer and is considering legal action.

We’re told Welch — who had a pretty nasty shiner from the incident — has been talking to lawyers and is considering legal action.  Sources close to Demi say she feels “awful” about her behavior and took personal responsibility for it by leaving the tour and seeking help.

Alex Welch is a backup dancer on the Jonas Brother Tour.  She was also a runner up on season three of “American’s Best Dance Crew” where she was a member of the group The Beat Freaks.

Now that Demi is in rehab trying to get help we can only help that this does not get messier by getting lawyers involved.