Alexander Skarsgard Feels Like The ‘Ugliest Man’ On The Planet Huh? 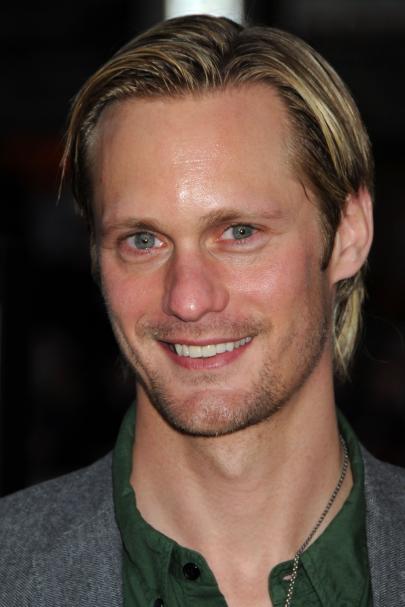 Alexander Skarsgard  – who is famous for stripping off in his role as vampire Eric Northman in the TV drama ‘True Blood’ – says he doesn’t understand why people call him a heartthrob.   He said: “I’m insecure, like most people. I have days where I feel like the ugliest person on the planet. It’s not like I walk in a room and go, ‘Yeah, f**k I’m hot!’ Totally not.”

Alexander – who is believed to be dating ‘Superman Returns’ actress Kate Bosworth – also revealed he didn’t have much luck with the opposite sex when he was younger.
Asked if he received a lot of attention from girls when he was at school, he replied: “Not really. I wasn’t super popular.”  The former child star also revealed that he doesn’t like the Hollywood social scene because it isn’t about having fun.   He said: “I have a tendency to drink like a Viking. In England or Sweden, people go out to enjoy themselves, not to network. The good thing about my drunkenness is I don’t remember it. I’ve woken up in a few weird places when I was young. Like in the woods.”