BY Roberta Ferguson on September 10, 2010 | Comments: one comment
Related : Ali Fedotowsky, The Bachelorette 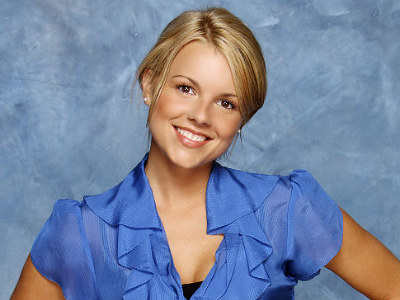 According to reports, there is a photo of Ali Fedotowsky floating around where she’s topless with someone pouring beer over her boobs. The only problem is — she was 15 when the photo was taken.

Before she was The Bachelorette, she was a bit of a wild child, doing Ecstasy and having wild boob flashing parties.

“There is a photo of Ali and she’s topless and someone is pouring beer over her breasts,” one source close to the situation told RadarOnline.com exclusively.

“You don’t see who is pouring the beer. You see a hand with a beer in it, and the person is off camera. Ali has her hands over her breasts, but it’s a very salacious photo.”

Even worse, it turns out, the photos was taken when The Bachelorette was only 15 years old.

“The person who has the photo is not trying to sell it,” the source told RadarOnline.com. “In fact, that person is very nervous. A person who was in Ali’s life for a long time took the picture. She was very wild. But she was under age at the time this picture was taken and if it surfaces someone is going to be in a lot of trouble.”