BY Roberta Ferguson on September 30, 2010 | Comments: one comment
Related : MTV 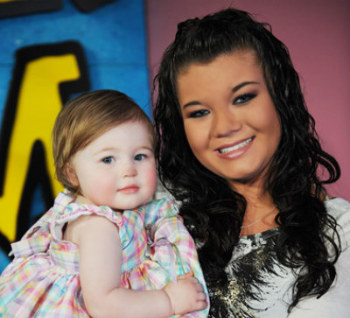 Teen Mom Amber Portwood is being investigated for assault after a pre-taped episode of the show was leaked showing her smacking the crap out of her ex-fiancee, Gary Shirley.

In the video, she questions him about crib sheets and then goes off for apparently no reason, hitting and punching him.

Lt. Paul Boulware of the Anderson Police Department said the department wasn’t aware of the fight until Wednesday, when the department’s victim’s advocate received two anonymous e-mails urging police to look into the incident. (No, it wasn’t me!) “We assigned an officer to it this afternoon,” Boulware said.

If you’ve seen the video, then you can tell that she is so out of control. She needs to be in anger management classes to deal with her obvious issues. And he needs to get the heck away from this crazy broad, she’s nothing but trouble.