Amy Winehouse Has Pete Doherty Move In With Her 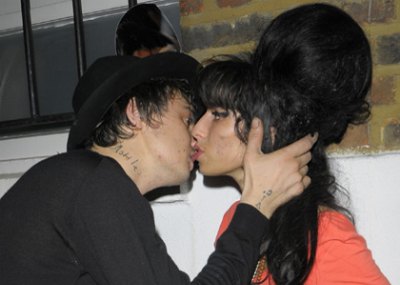 This is just a disaster waiting to happen!

Amy told a pal that she invited Pete to live with her so that he could work on his comeback with The Libertines.

A snitch said, “Amy has offered Pete a place to stay while he’s in London working on The Libertines comeback. She thinks a lot of him and they’ve been through a lot together so she wants to help him out.”

I’m calling it now. These two together under the same roof spells nothing but trouble. I’m not the only one who feels that way, either. The snitch revealed, “Pals are worried because they are bad influences on each other.”

Mitch Winehouse disapproves of this mess, too. He has previously said, “I do worry about people like Pete Doherty. He’s a scumbag. I flipped when I saw him sitting with Amy backstage at her Brixton gig. That night I went crazy. My wife thought I was going to have a heart attack, I was apoplectic.”