An Arrest Warrant Has Been Issued For Lindsay Lohan

BY Robyn Good on May 20, 2010 | Comments: one comment
Related : Celebrity Justice, Lindsay Lohan 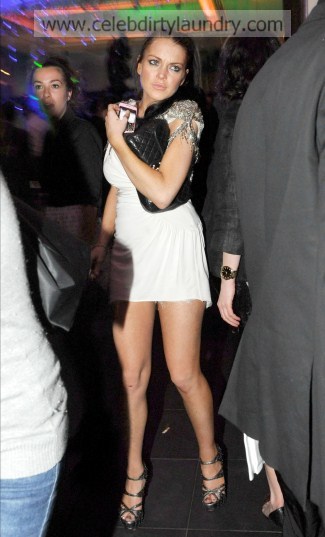 Judge Marsha Revel said she had reason to believe the 23-year-old star has a drug and alcohol problem and has set her bail at $100,000 for refusing to appear at the mandatory hearing at Beverley Hills Courthouse.    She added Lindsay Lohan can remain free if she drinks no alcohol, wears a SCRAM bracelet – which monitors alcohol consumption of the wearer – and submits to a weekly random drug test.

Lindsay is currently at the Cannes Film Festival and claims she could not get back to Los Angeles for her bail hearing because she has had her passport stolen, with her attorney Shawn Chapman Holley telling Judge Revel: “I don’t know what else to tell you.”

Lindsay, 23, claims she was turned away by the US Embassy when she asked for help and was only able to replace the documentation on Thursday (20.05.10).   However, the judge did not agree with her excuse and said: “Actions speak louder than words.”   Lindsay is due to arrive back in Los Angeles tomorrow (21.05.10).  Photo: Fame Pictures