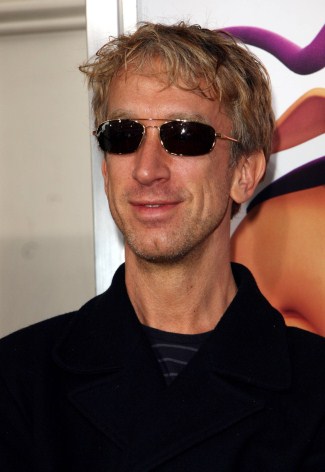 Andy Dick was arrested today in West Virginia.  Andy was arrested on two counts of  felony after he grabbed the crotch of a man he was talking to and started kissing him.  Needless to say the man whose girlfriend was there took offense.  Andy was taken to jail and released on $60,000 bail.  If Andy were a normal man and he were convicted he could face 1-5 years in jail.  But we all know what celebrity justice is like.  He will probably get a slap on the hand and a fine.  Also in the suit a security guard says "the imbecile Andy" grabbed him in the crouch as well.  Andy seems to like grabbing men’s crotches.  News Flash to Andy:  You cannot crab men in the crotch in public – I see a visit to Dr. Drew Sex Therapy in his future.

A press release from the Huntington Police Department says: "Based upon statements of two victims and independent witness accounts alleging that he had engaged in unwanted and uninvited groping of the two victims’ genital areas, Andrew R. Dick (AKA Andy Dick) of South Pasadena, Calif., was arrested and charged with two counts of Sex Abuse in the First Degree."   My only comments on this are "What a moron"  Photo: Fame Pictures