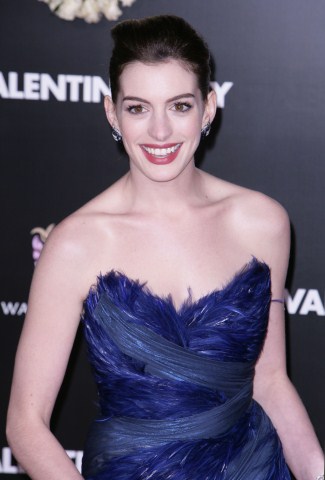 The ‘Alice In Wonderland’ actress isn’t concerned if other people don’t find her attractive as she is comfortable with herself and would rather be “authentic” than pretty.  She said: “I think I’ve got really weird features.   I have very large features on a very small head. But, you know, I’m not going to beat myself up. It’s my face. I’m not very pretty. But that’s OK because I do know that I look like myself, and I think at the end of the day, as nice as pretty is, authenticity is more important.”

Despite not worrying about her features, Anne takes care to work out regularly because she hates looking out of shape.  She told America’s InStyle magazine: “If I don’t work out at all, I have too much curve and no tone – which is not OK. It’s about finding balance.”   The 27-year-old star also spoke about her fashion choices, insisting she always opts for things she likes rather than trying to make a statement.   She explained: “I don’t time anything. I never plan an image I want to project. It’s always very much where I am right now."   Photo: Fame Pictures