Another Contestant On DWTS leaked – Bet You Didn’t See This One Coming! 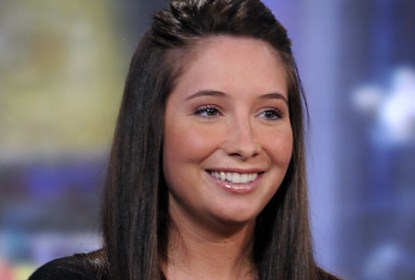 Reports have surfaced today that oldest daughter of Sarah Palin, Bristol Palin, 19,  will be putting on her dancing shoes and joining this year’s cast of  Dancing  With The Stars Season 11.  No one at ABC has confirmed any of the casting decisions.

The official cast of performers for the 11th season of Dancing With the Stars will be announced Monday, August 30, 2010 during Bachelor Pad. E!

You Betcha! we will see Presedential hopeful  Sarah Palin on DWTS this season.  Without a doubt she will be there to support her daughter Bristol.  Just imagine with “Jersey Shore” The Situation on the show, Snooki may have a chance to get to know Sarah.  What a hoot that will be ;-)