Another One Bites The Dust – JaMarcus Russell Busted! 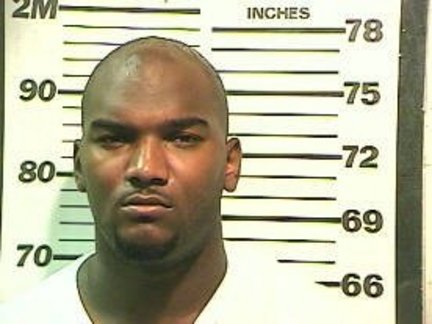 Former Oakland Raiders quarterback Jamarcus Russell was arrested in Mobile, AL today for "possession of a controlled substance". The arrest for possession of codeine syrup came as part of an undercover investigation, Mobile County Sheriff Office spokeswoman Lori Myles told the (Mobile) Press-Register. According to jail records, he was booked this afternoon and released a few minutes later.

The codeine syrup is drunk with alcohol and can lead to a powerful state of euphoria but can also lead to respiratory suppression and death. Codeine is a narcotic which like all drugs in this class are highly addictive and can lead to overdose and death as the addict seeks a replication of the initial high.

Although he was the Raider’s number one draft pick in 2007 and he started 25 games during his three seasons, he failed to develop into the player the Raiders envisioned.   As a result, the Raiders released Russell in May. He has not received much interest from any of the league’s 31 other NFL teams. Russell received more than $39 million from the Raiders during his three years. I wonder if placing $39 million dollars in the hands of a spoiled drug abusing 25 year old is likely to lead to him developing into a top rate athlete – the best he can be. Well obviously the answer is NO! It takes great discipline and ambition to develop into a top flight NFL quarterback arguably one of the most challenging roles in modern sports. How can a young man even get close to realising his potential surrounded by drugs and booze as well as the lousy rotten people promoting the dope and making sure that Russell and his money always had easy and plentiful access. This is a sad case of a person ruined by too much money and premature success – when he was obviously nowhere near mature enough to handle it