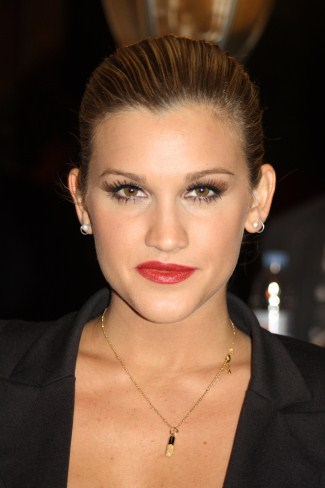 Ashley Robert Pussycat  singer has decided to quit the girl group to pursue other interests but insists she is “grateful” to have been part of the band.   She wrote on her blog (ashleyroberts.tumblr.com): “Yes I have left the Pussycat Dolls. I am so grateful to have the love and support of all of you. It was an amazing ride and I learned so much.”   The 28-year-old star is now looking to move into acting and presenting.

She added: “I currently have got the acting bug and am falling in love with it. I shot a pilot for MTV as a host… and had a blast w my girl Aubrey Oday, Marques Houston and Record producer Ghost. (sic)”   Ashley’s Pussycat Dolls bandmate Kimberly Wyatt has also left the group.   In an interview with Loaded magazine, the singer announced her departure from the chart-topping band to “push on” with her own life.

She said: “‘I’ve left the group. I am so thankful for everything the Pussycat Dolls has brought into my life. But I have to say there were just too many variables that I couldn’t agree with. So I decided to push on with my own life.”   Kimberly – who has made no secret of her strained relationship with Pussycat Dolls lead singer Nicole Scherzinger – decided to leave because the band was making her unhappy.

She added: “Money and fame can’t buy happiness. Ultimately, once I started to get to know myself more and more I was like, ‘You know, I don’t think that my happiness is within this group right now.’   “I wish that it was different because I love being a Doll, but as far as the variables off-stage are concerned – I just couldn’t do it anymore.”   In December, choreographer Robin Antin – who founded the group in its first incarnation as a dance troupe in 1995 – revealed she was looking for new members.   She said at the time: “Nicole is going back in the studio and there will be a few new faces in the Pussycat Dolls. I’m really excited about it.”