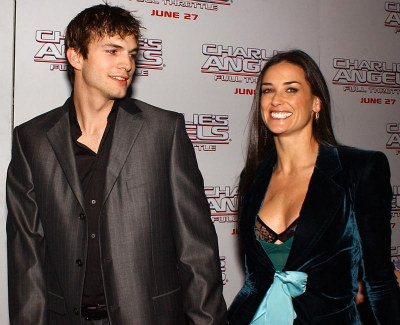 According to Star magazine, a source of theirs is claiming that they’ve seen Punk’d star Ashton Kutcher was spotted making out with a hot blonde that’s not his wife!

And just as Demi Moore was shaking her groove thang with Snoop Dogg, too. Girlfriend still has it! But perhaps Ashton won’t be enjoying that for too much longer. If the rumors are true, that is.

“Ashton had this gorgeous girl pinned against the wall, and he was totally making out with her,” an eyewitness, who was on his way to the restroom tells Star. “I was shocked to see him sucking face with a girl who obviously wasn’t Demi.”

Wow, if that’s true, he’s a total douche. I hope for her sake that he hasn’t been slobbering all over some younger broad. They seem like they’ve got their heads on straight.