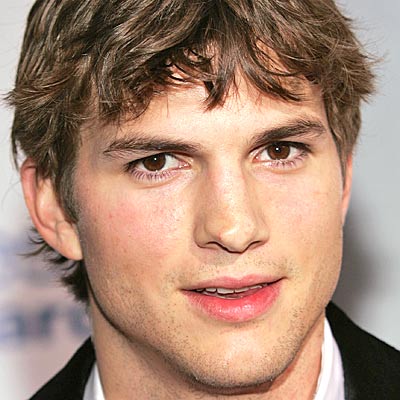 Vivid Entertainment are set to release a sex tape featuring Brittney Jones who claims to have slept with Ashton Kutcher.  The press release for the sex tape says  “Ashton’s fans will undoubtedly enjoy seeing what the star himself may have experienced.”   Now Ashton is none to happy about this and his lawyers are threatening to sue, sue, sue unless Ashton’s name is removed ASAP.

Contact Music reports – Attorneys for the Just Married star claim the association infringes on his “marketable celebrity identity value” and have threatened to take legal action if his name is not removed.  The letter from Robert D. Offer reads, “It is clear that the use of our client’s name is a principal selling point of the video, and that Mr. Kutcher’s name is being used in order to lure potential customers to buy the video…  “Your conduct has already caused, and will continue to cause, substantial damages to our client. We will advise our client to seek recovery from Vivid… to the fullest extent allowable under law for any damages, costs and/or liability suffered by him.”

Vivid Entertainment has not reponded yet.  I wonder how many times Vivid gets sued a month LOL…  Brittney Jones is trying to capitalize on her 15 minutes of fame as much as she can – but Ashton should have kept it in his pants and then he would not be having these problems!