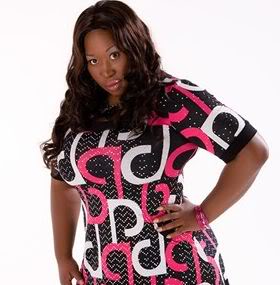 Professional wrestler, Kia Stevens aka Awesome Kong, will gladly return to this year’s annual Cauliflower Alley Club Reunion.   “I had a great time last year at the reunion,” said Kong, “and I won’t miss this year’s reunion for the world!”

Cauliflower Alley Club (CAC) was formed decades ago as a weekly social gathering for wrestlers, boxers and movie stars. It evolved into annual conventions beginning in 1965 at Baron’s Castle, a celebration honoring “The Golden Greek” Jim Londos.   By 1977, CAC changed its status to a non-profit organization to preserve the “ring of friendship” worldwide. From the Valley Hilton Hotel in Sherman Oaks to The Sportsmen’s Lodge in Studio City and then the Las Vegas’ Riviera Hotel, CAC continued its annual reunions hosting wrestlers, boxers and Hollywood entertainers.

To learn more about Cauliflower Alley Cub, visit http://www.caulifloweralleyclub.org/   The three days of activities at the CAC Reunion will include a seminar by Awesome Kong. Described as a champion and a dominant female professional wrestler, Kong is also a great role model outside the ring.  Although she has reached stardom in pro-wrestling entertainment, the success has not gone to her head. Recently, she took it upon herself to organize professional wrestlers to raise money for the victims in Haiti. Now, she’s heading to the CAC festivities to motivate fellow grapplers.

“Any and all workers will be welcome to attend my seminar,” relayed Kong. “Originally, I set a five-year goal for myself in the world of pro-wrestling, and it was very difficult… but I made it. I will be stressing the importance of the sacrifice and dedication. Sacrifice plus dedication equals success.”   “In addition,” continued Kong, “I will describe my journey and what it took for me to reach my goals. I will give the workers a pep talk and pass along a message that ‘You can do it, too!’”