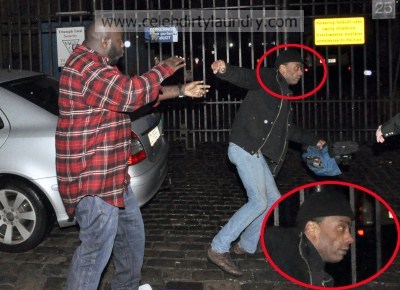 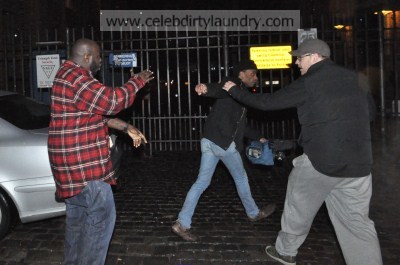 Photos of an alleged altercation between American rapper 50 Cent’s bodyguard and a local Denmark photographer.   Sources reveal that upon exiting a Copenhagen, Denmark hotel on March 13, 2010 the bodyguard appeared to be enraged by the pap trying to get a few shots of the American rapper. The large man allegedly went after the much smaller bodyguard and viciously choked him. Nearby witnesses intervened and the attacked pap stumbled away obviously very dazed and in shock.

The police were called and the bodyguard was taken into custody. It is being reported that he will be held for at least 24 hours at which time the authorities will decide whether or not they will press charges.  Photos: Fame Pictures 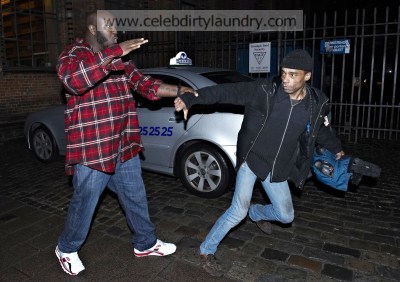 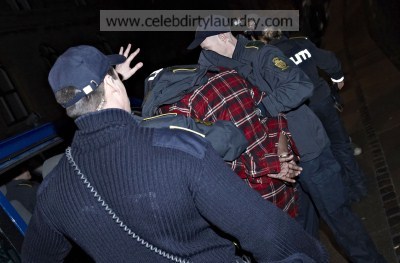