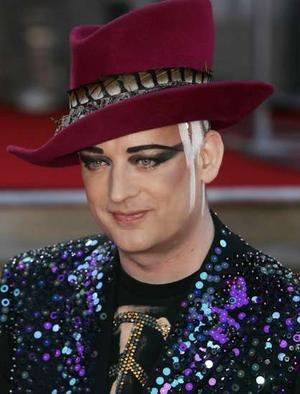 Boy George the ‘Do You Really Want to Hurt Me’ singer said the group could reform in 2011 to mark the 30th anniversary of the release of their debut album.   He said: “I think we could do a one-off gig or maybe a small tour. It’s our 30th anniversary next year so we may do something."

The group – which also included Roy Hay, Mikey Craig and Jon Moss- originally split in 1986, but reformed in 1998, playing a successful tour and releasing an album ‘Don’t Mind if I Do’ and also played a concert to mark their 20 year anniversary in 2002.

George, 48, added that although he was interested in reforming the group, he will have to see, adding: It really depends on the reasons for doing it. The last reason we did it, obviously we had the big hit with I Just Wanna Be Loved and there seemed a point to that because we were doing something new.   “But unfortunately, with all these reunions you get to a point where you start remembering why you left. There’s a part of me that thinks I should do it, but we’ll see. It’s all about my mood at the time.”

In the meantime, George launched his latest solo single, ‘Amazing Grace’ at the weekend, appearing at London’s Merah club to promote it. He has also reportedly signed a deal to film a six-part reality series about his attempt to relaunch his career.