Brandy Feels A Lot Better Since DWTS Elimination – We Don’t

BY Robyn Good on November 19, 2010 | Comments: one comment
Related : Brandy, Dancing With The Stars Season 11 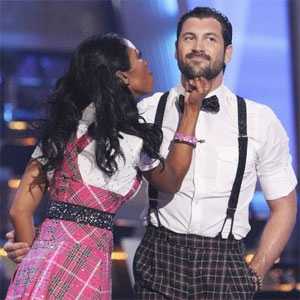 In one of the biggest shocks in Dancing With The Stars history Brandy after receiving perfect scores was sent packing on the last episode of the show.  Brandy was a favorite to win the show with weeks after weeks of stellar performances.  Regardless of her performances she was voted out of the semi-finals and Bristol Palin and her partner advanced to be one of the final three couples to dance in the Finals.  Brandy is saying she is finally starting to move on and get over the shock.

“I feel a lot better,” Brandy, 31, told Us at Thursday’s Hot Hollywood: Stars Who Care bash at the Colony Club in Hollywood.  The love that I’ve been receiving has been overwhelming.  And when you have people supporting you, it makes you feel better. So I feel good.”

I am glad she is getting over it and moving on with her life.    I guess Brandy getting voted off is not really a shock if we think about it.  Dancing With The Stars is no longer a dancing competition it is a popularity contest and the show has lost whatever little credibility it had.