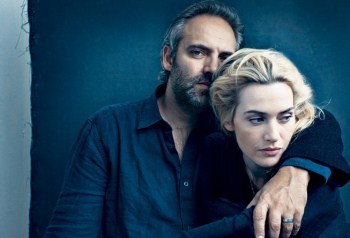 The 34-year-old actress split from the ‘American Beauty’ director earlier this year after six years of marriage.   A statement from law firm Schillings said: “Kate and Sam are saddened to announce that they separated earlier this year. The split is entirely amicable and is by mutual agreement.   “Both parties are fully committed to the future joint parenting of their children. They ask that the media respect their privacy at this time.”

The pair have one child together, six-year-old Joe Alfie Winslet Mendes.   It is the second marriage for Oscar-winner Kate, who wed film assistant Jim Threapleton in 1998 before divorcing in 2001 – the couple had one child, nine-year-old Mia.   Kate admitted last year she decided to lay low following her Best Actress Oscar win for ‘The Reader’ in order to spend time with her family   The ‘Titanic’ star – who also won the Best Actress and the Best Supporting Actress awards at the Golden Globes in 2009 for her roles in ‘Revolutionary Road’ and ‘The Reader’ respectively – said: “I was in hiding a little bit, just doing family stuff and very little work.  "To be honest, I felt so over-exposed this time last year with the Golden Globes and the Oscar. It was fantastic and everything, but I was sick of me, let alone what other people must have felt."