Breaking News: Kelly Osbourne Has Split From Her Fiance 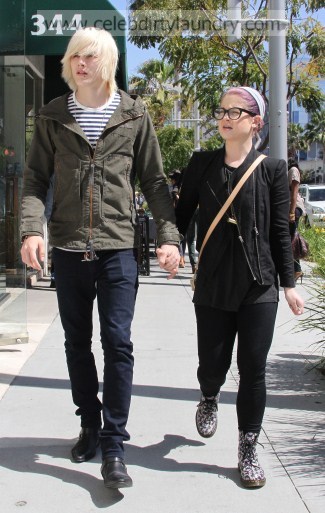 According to Perez Hilton, Kelly Osbourne called time on her romance with model Luke Worrall after discovering he had cheated on her.   Heartbroken Kelly is said to have taken to her Facebook account to attack Luke, with one angry message stating: “Luke Worall makes me sick!”   Responding to the break-up rumours, Kelly posted on her twitter page this afternoon (14.07.10): “Thank you all so much for your support but the matter is private and will not be commenting enough damage has already be done! (sic)”

A representative for the 25-year-old star refused to take a call regarding the matter.   The former couple were together for just over two years and got engaged in March 2009.    Kelly – who lived with Luke, 20, in Los Angeles – recently admitted she couldn’t believe the pair had been happy together for so long.   She said: "I still can’t believe we’ve been together for so long. Before meeting him, my longest relationship was about six months.   "I never really thought I’d find love or be with someone for long. But since meeting Luke at a party in London two years ago, we’ve never really been apart!"