Breaking News: Naomi Campbell Will Not Be Questioned By Police Over Attack 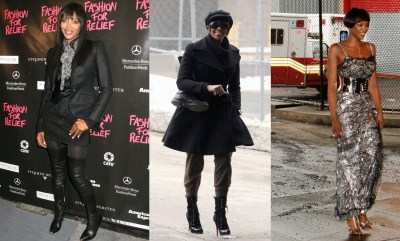 Naomi Campbell will not be questioned by police over her alleged attack on her driver.   The supermodel had been accused of punching limousine driver Miodrag Mejdina in the back of the head yesterday (02.03.10), but according to the New York Police Department (NYPD) officers are not interested in speaking to her about the incident.

A police spokesperson told Radar Online: "There were no arrests in the Campbell matter, and we have no intention of talking to her."   The 39-year-old supermodel allegedly become enraged with her 27-year-old driver – who had been hired for the day – as he drove her through Manhattan, New York, and fled the vehicle on foot when he stopped to report her to authorities.

In response to the claims, her representative Jeff Raymond said: "There shouldn’t be a rush to judgement. Naomi will cooperate voluntarily, and there is more to the story than meets the eye."
New York police issued a ‘harassment report’ over the incident because no officer witnessed what took place. It does not carry any penalty.   Authorities later confirmed the driver had decided not to pursue the matter, meaning Naomi is unlikely to face any charges.   Photo: Fame Pictures