Bret Michaels To Compete On Dancing With The Stars? 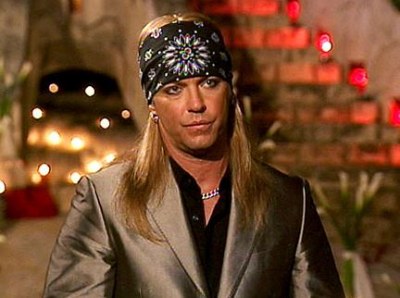 There were some rumors floating around suggesting that Bret Michaels was set to embarrass himself on reality television even further by competing on Dancing With The Stars.

We’ve learned that Bret and his bandanna will not be dancing on the ABC show anytime soon. He has already burnt himself out on all of those Rock Of Love shows and doing Celebrity Apprentice brought his name out of sheer obscurity. So why not bring the fake mullet to the dancing show?

In a new interview, Bret addressed the rumors, saying, “Has anyone ever seen me? I’m like the most rhythm-less human being….the discipline it takes and the rhythm, it’s probably not too high on my list. I’m the guy at the party who thinks he can dance but can’t do it at all.”

At least he knows his limitations! Now back to the eighties with you!