Bristol Palin Has A New Man And Baby Plans – Sarah Palin Is Not Happy! 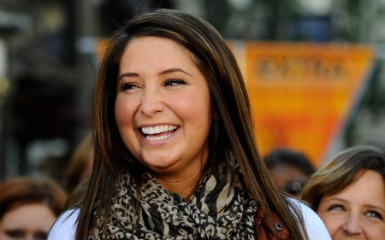 Teen advocate Bristol Palin has a new man in her life.  Her new boyfriend is pipeline worker Giacinto “Gino” Paoletti, 20.  Apparently Bristol and Gino who is a Wasilla, Alaska, native have known each other for years.  Bristol and Gino got together for Thanksgiving in New York City.  It also seems Momma Palin is none to happy about the relationship.

The National Enquirer further reports: Not only does Bristol the Pistol have a new man – and she’s already making plans to tie the knot AND have another baby in 2011!

LOL I can just see Momma Grizzly jumping up and down.  Bristol has been in the middle of many controversies in 2010 including: her dancing with the stars performance; margaret cho fight and kathy griffin fight.   Why not start 2011 with another? Imagine teen advocate pregnant again!  Hope she marries first :-)