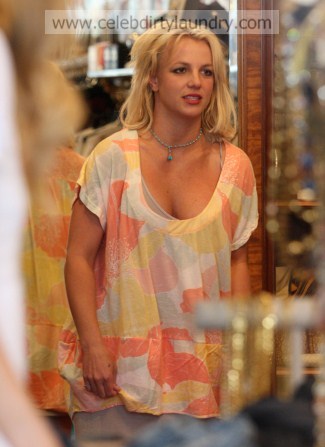 Producer Danja – who previously collaborated with Britney Spears on her previous two LPS, ‘Blackout’ and ‘Circus’ – has confirmed he is preparing to enter the studio with the star and though he has ideas about a sound, admits anything could happen.   He told website Rap-Up: "We’re getting things together. I’ve actually been doing tracks that I love and I can’t wait to go into full production mode, but we’re in pre-production more so than anything. We can start one way and end up a totally different way, I really don’t know.   "I’m definitely gonna do my part and try to make it hard-hitting, up-tempo, high-energy; that’s what I think we need and that’s what I’m gonna shoot for."

Danja has previously worked with stars including Justin Timberlake and Madonna but thinks Britney is one of the "easiest" people to work with.   Why do I think that statement is all about $$$.  Britney is rumoured to be anything BUT easy to work with LOL.   He explained: "It’s so easy and fun. It’s one of the easiest – probably the easiest sessions I’ve had in my career, so I’m looking forward to getting back in."   Music producer Darkchild is also rumoured to want to work with Britney on her next album.   Both producers will play their songs to the singer over the next few weeks when she will decide which tracks make it onto the LP.