Britney Spears Still Has A Thing For Ex-boyfriend Adnan Ghalib 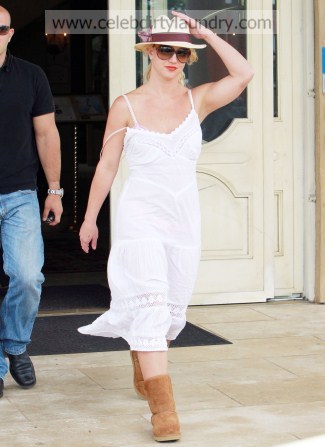 Britney Spears – who dated the British photographer for around three months – has reportedly been making sneaky calls to the 37 Adnan Ghalib, in spite of the fact he was considered largely to blame for the media attention which led to her infamous mental breakdown.

A source close to the troubled star revealed to Usmagazine.com: "She says she’s not living the life she wants."   The 28-year-old singer is currently placed under the conservatorship of her father Jamie and lawyer Andrew Wallet, who have complete control of her assets.   However, if she has made contact with her ex-love in recent weeks, it goes against the restraining order that was placed upon Adnan and her former manager Sam Lutfi in January 2009, after the duo were reportedly plotting to take control of Britney’s affairs.   The source added: "She really wants to get back together with Adnan."   Britney has been dating her former manager Jason Trawick, 38, since March 2009.