Brooke Mueller Back In Rehab Over Alleged Crack Cocaine Addiction 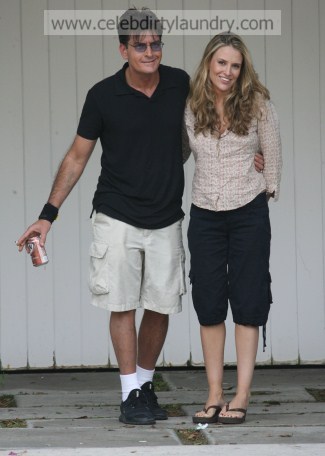 Mother-of-two Brooke Mueller – who has 11-month-old twin sons Max and Bob with husband Charlie Sheen – was reportedly admitted to The Canyon rehabilitation centre last Tuesday (09.02.10) for substance abuse after an “out of control” night of partying with her husband.   A source told gossip website Radar Online: “Brooke has been in denial about her problem for a long time.  “She’s smoking crack and she’s drinking heavily. Everyone around her wanted her to get help.   Her mother has been attempting to convince her to go into rehab for a while now.”

Brooke’s return to rehab came just one day after Charlie’s arraignment hearing on felony and misdemeanor charges relating to his alleged assault on her on Christmas Day (25.12.09). However, shortly after the Aspen court visit – which saw terms of a restraining order against Charlie relaxed – the pair apparently partied together in Los Angeles before Brooke was urged to seek help for her problems.

Another source added: “She went on an all-nighter. She was just out of control. They partied that night. She didn’t stop. “It was just more of the same with Brooke. Her mother had been begging her to go into rehab. “It got to the point where even Charlie told her to go to rehab because of their kids. She had one final party, drinking pretty heavily, and Charlie was with her part of the time. But when he left it didn’t stop. The next day she was in bad, bad shape and that’s when she went into rehab.”

This is the second time Brooke has visited a rehabilitation centre in recent weeks.  Last month she stayed at the Two Dreams Outer Banks treatment centre in North Carolina over alleged substance abuse problems, following a stay in hospital for pneumonia.  Photo: Fame Picture