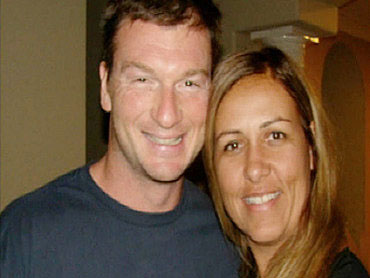 Survivor producer Bruce Beresford-Redman who is accused of killing his wife Monica Burgos Beresford-Redman in Mexico has been trying stop extradition.    His legal team claims the Mexican police only concentrated on him rather than look at other possibilities for his wife’s murder.

US Marshall picked up Beresford-Redman at his LA home and he is now in Federal Custody.

TMZ is reporting: Bruce was arrested at his house in Rancho Palos Verdes, outside L.A., a few minutes ago.  U.S. Marshals conducted the arrest.  We’re told the arrest is for extradition to Mexico.  Mexican authorities issued an arrest warrant in May for the former “Survivor” producer, in connection with the murder of his wife, Monica Burgos Beresford-Redman.

He is scheduled to appear in court in Los Angeles tomorrow.  Monica was found in a sewer in April 2010 in a Cancun resort where her and Bruce had been staying.  Bruce claims his wife went shopping and never returned.   It has taken long enough but perhaps now justice will finally be served and this man will be extradited to Mexico and face his crimes.