Burt Reynolds Has Had Heart Surgery 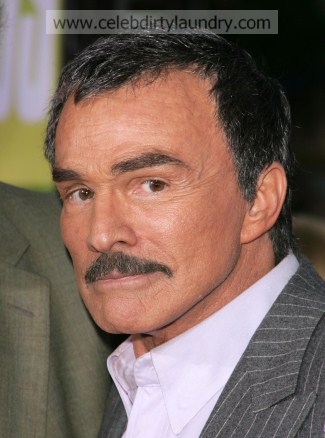 74-year-old actor Burt Reynolds is currently recovering at home – where he is being monitored 24 hours a day by nurses – after undergoing a dangerous quintuple bypass procedure on his vital organ last week.

His spokesman Erik Kritzer confirmed to Entertainment Tonight: "Mr. Reynolds has been released from a hospital in Florida in which he had a planned bypass operation. He wants to thank everyone for their good wishes and states that he has a great motor with brand new pipes and he is feeling great. Doctors plan on a speedy recovery."

Burt was not rushed into the medical centre for emergency treatment and is believed to have planned to have the procedure for some time.  His representative added: "All reports that are implying he was rushed to a hospital are completely untrue, as he has had this operation scheduled for over a month."   Last year Burt completed a nine-month stay in a rehabilitation centre for an addiction to painkillers.  The star sought help from rehabilitation clinic Florida’s Hanley Center in West Palm Beach after realising he had become dependant on prescription medication following back surgery.  Photo: Fame Pictures