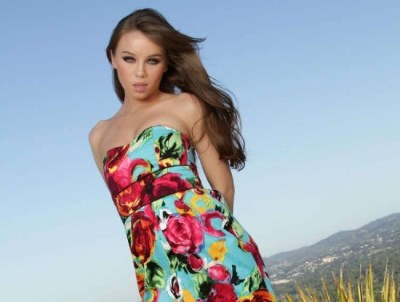 Reportedly, Charlie was drunk and on cocaine when he went crazy in his hotel room, once discovering that his watch was missing. She was scared so she hid in the bathroom and notified hotel security. They called the cops and the rest is history.

She claims that Charlie threatened her during his tirade and also held her against her will, even though this fact was not presented when the police arrived to the room.

I wonder what’s going to be said next. Will she get a reality show out of this deal? Will she make gazilliions of dollars off of her newfound fame? Only time will tell. But we’ll still remember her as the chick who stole Charlie’s watch and got famous.