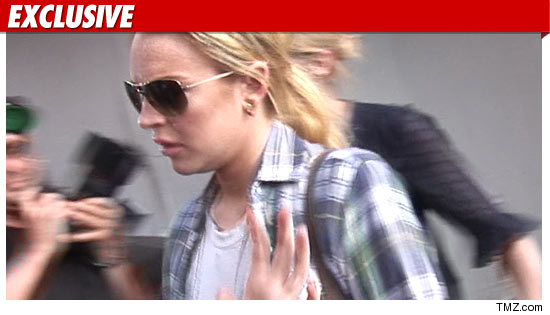 So the first test she failed was for Cocaine and the second test she failed was for Adderall.  What should happen to Lindsay is she should go directly to jail but apparently the  Probation Department is recommending 30 days probation for the first failed drug test which showed a positive reading for cocaine.  Now wait a minute didn’t they find in rehab that she was not addicted to anything?  LOL just imagine what she would have tested for if she was an addict ;-)

Now here is where it gets interesting even if Judge Fox sends her to jail for 30 days, she could get out in one day because of over crowding.   We will keep you posted on what happens since it will all unfold Friday September 24th, 2010.