Celebrity Justice: No Jail Time For Lindsay Lohan Back To Rehab 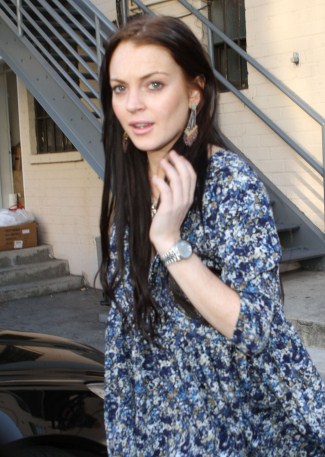 In another case of celebrity justice Lindsay Lohan’s decision to check herself into rehab has worked.  Regardless of the fact that she tested positive not once but twice for drugs Judge Elden Fox decided not to send Lindsay to jail but rather to make her stay in the Betty Ford Centre for more treatment.  Lindsay Lohan showed up in court today and knew there was a good chance she would be ordered back to jail.  But in another case of celebrity justice Lindsay caught another break.

Lindsay was ordered to stay at Betty Ford until Jan. 3, 2011. The district attorney wanted Lindsay to do 180 days of hard time behind bars and said, “we have not gotten her attention yet.”    The judge made a point of keeping Lindsay in rehab through the holidays. “There is a reason for that,” he said in court. Judge Fox also said he was new to “this sort of rodeo.”

The Betty Ford Centre recommended that Lindsay continue her treatment there.  They also pointed out that relapse is part of the recovery process.  Lindsay will appear in court again February 25, 2011.