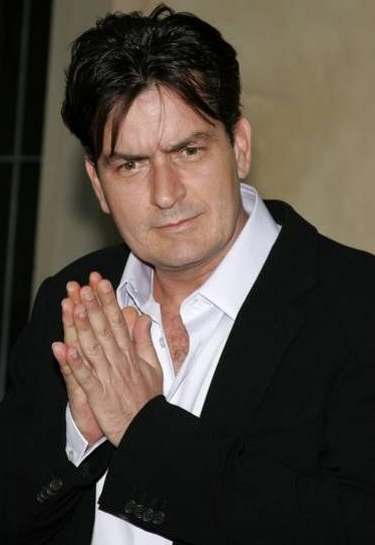 The plot thickens new text messages that Charlie Sheen sent to Capri Anderson after his infamous violent coke binge where he allegedly tried to strange Capri have been released.  Even after the incident Charlie was still sending Capri suggestive text messages offering her $20,000 because he felt hmmmmm  really bad.  Charlie sent the text message in response to a text message that Capri sent to him.

TMZ reports:   Capri fired off a text message, saying “u trashed my brand new prada purse dude not cool – how u managed to rip the strap off and put 2 holes in it is beyond me.”  , “Don’t worry about our mutual friends, deal with me directly and I promise u kind lady, all will be restored and set straight.”

Charlie goes on to offer her $20,000 and although she does not have a bank account he says he will make arrangements to get the money to her.  This story sounds crazier and crazier if she stole his watch that was worth more than $100K as he says why would he offer her $20,000.  Anyway you cut this Charlie Sheen is certainly a 100% douchebag!