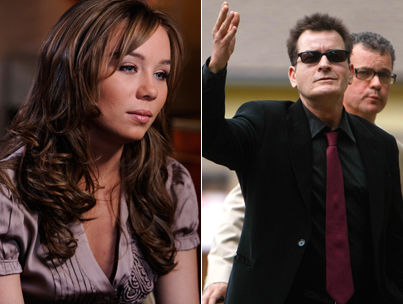 First he was offering her $20,000 to just shut up about his outrageous behavior and go away but when her lawyers refused and prepared to sue him Charlie Sheen went ballistic himself, for a change!  He hired killer lawyer Marty Singer to go after Capri Anderson – real name Christina Walsh – for a million dollars as well as for stealing his $165,000 Patek Phillipe watch.

Sheen’s lawyer described Capri as a pornography star and scam artist who is trying to extort his client by giving him bad publicity and damaging his career – in other words by telling her version of the truth!

You know, when it comes to events that occur behind closed doors it is often hard to tell the truth about what really happened – but we do know that it was Charlie hauled away by the police, not Capri!  So exactly where did she hide the Patek Phillipe anyway, hmmm?

One thing for sure – we will be hearing more from and about these two – talk about having a bad date!