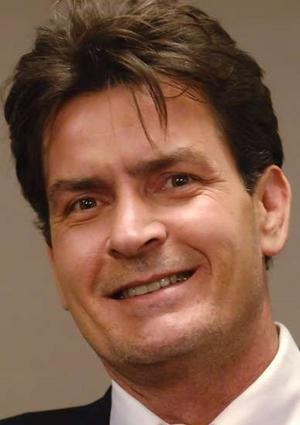 Charlie Sheen and Brooke Mueller – whose two-year union has been in trouble since the actor was arrested on Christmas Day (25.12.09) after allegedly assaulting Brooke is headed for the divorce court.  Although the the split has been a long time coming and they have talked about it Brooke Mueller was surpised by Charlie filing for divorce today [11.01.10]  As a matter of fact Brooke told Charlie on Sunday their marriage was over but she never expected him to file.

Charlie Sheen To Agree To Plea Deal That Will See Him Jailed?

Brooke was planning on filing for divorce on Monday herself but once Sheen got wind of it, he filed first.   In fact, Sheen’s filing was so unexpected that Mueller only got wind of the news after she landed in Florida on Monday afternoon.  Charlie went and filed while she was on the plane flying to see her parents in Palm Beach.

Considering Charlie’s proclivity for expensive hookers, cocaine and alcohol – Brooke is better off to see the end of him.  Who really care who filed for divorce the marriage is clearly over!