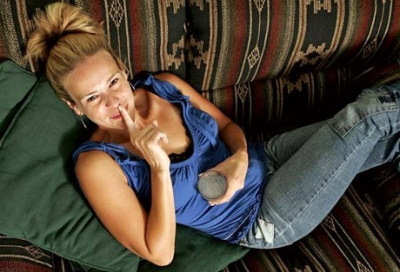 Watch out Kanye West! If you’ve got plans to storm the stage at this year’s Video Music Awards, then you’ve got another thing coming!

Chelsea Handler is hosting this year’s awards show and she plans on busting a cap on Kanye if he comes anywhere near the stage, uninvited.

Should Kanye decide to do something stupid like he did last year with Taylor Swift, Chelsea’s got him covered. She said, “I have a BB gun and a water gun in case things get hectic. I wouldn’t put it past Kanye to run up on stage and interrupt me, but good luck with that.”

Of course she was joking, but I’d pay to see that. He has humbled himself, but alcohol has gotten the best of him before, right?