Cheryl Cole The Celebrity Most Searched For 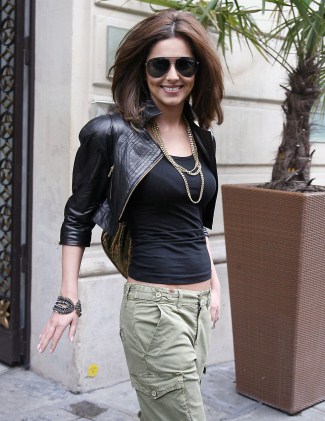 Cherly Cole – Girls Aloud singer pictured above leaving a radio station in France 03.25.10 has been named as the personality most searched for by people playing on the internet on their telephone handsets, and her ‘Fight for This Love’ video has been crowned the most downloaded song and video clip.

The 26-year-old beauty strolled ahead in the results – which were put together by the Orange Digital Media Index (ODMI) – and received over 40 per cent more phone searches than ‘Hannah Montana’ star Miley Cyrus, who came second, and ‘Twilight’ hunk Robert Pattinson, who was placed third.   Paul Jevons from Orange, said: “Mobile searches are a real barometer of fame and reflect the public’s fascination with celebrities when on the move.”

Cheryl also fought off stiff competition when she topped the most downloaded music tracks and video download polls.  The Black Eyed Peas song ‘Meet Me Halfway’ was the second most sought after track, while Lady Gaga’s single ‘Bad Romance’ came in third.   Robert Pattinson made another appearance in the top 10 video downloads, as droves of fans of his ‘Twilight’ movies downloaded the ‘Twilight: New Moon’ movie trailer – making it the second most popular video.