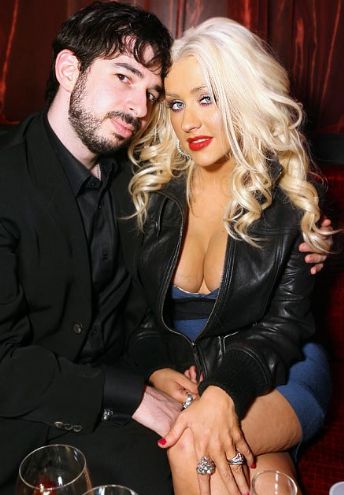 When the marriage of Christina Aguilera and Jordan Bratman fell apart after five years of marriage news surfaced that the two had an open marriage.  Now news has been leaked that Christina carried on lesbian affairs during her marriage to Jordan.  Christina is rumored to be very upset at the rumors and feels it is Jordan’s camp  is playing dirty.  She also feels that Jordan held her back and that is why her album Bionic recevied such a luke warm response from the public.

“Christina thought everything was going to stay on the high road, to make this as painless for [the couple’s son] Max as possible. But now it looks like the gloves are coming off.”  According to the source, Aguilera believes Bratman’s friends are behind the leaks — including the RadarOnline report of an Aguilera bodyguard approaching a woman in a bar to indicate the singer was interested in her sexually.”

Meanwhile to get away from it all Christina spent the weekend in Hawaii where she is now hanging out with a wilder crowd.

Bristol Palin Dances in a Gorilla Suit      TOO FAB

Halloween Costumes to Avoid at All Costs [CONTEST!]    COLLEGE CANDY