BY Robyn Good on May 14, 2010 | Comments: one comment
Related : Christina Aguliera, Jordan Bratman 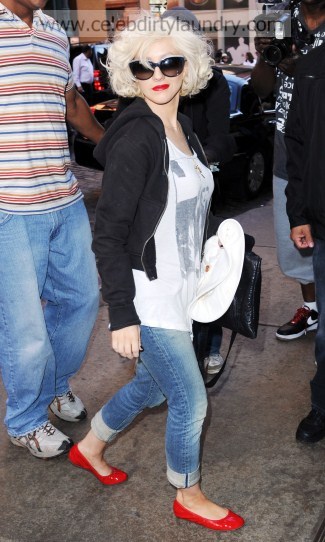 Christina Aguilera – who regularly watched dad Fausto Aguilera abuse her mother while she was growing up – doesn’t meet up with him as she doesn’t see the point.   She said in an interview with Latina magazine: "Our relationship is pretty non-existent. I’m in a place in my life where I just don’t see a reason for it."

While Christina – who now has a two-year-old son Max with husband Jordan Bratman – doesn’t enjoy a close father-daughter relationship, she doesn’t hold a grudge.  She said:

"To remember the chaos that my mother went through, the abuse, I don’t know how she did it. But it’s amazing how much you can trick your mind into surviving when you have to.   "There’s always room for forgiveness. And I do forgive – but you grow up and make choices for your family."

The 29-year-old blonde star is now concentrating on her new family life and credits Jordan, who she married in 2005, as being her rock.   She revealed: "Jordy was the calm in the storm when everybody else was driving me crazy. I had a lot of older people around me who were conniving – and these people do that so you cling to them. He was the person who reached down, pulled me out and made me see reason. I’m very lucky to have him."  Photo: Fame Pictures