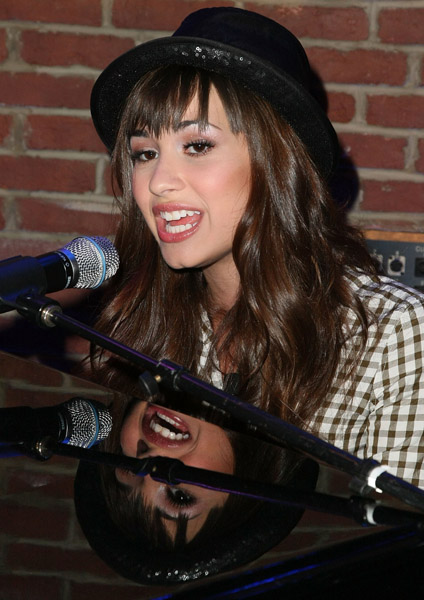 On the heels of the news this morning that Demi Lovato was out of control snorting coke and boozing it up – news is being leaked that there is a VIDEO being shopped around with her boozing and snorting lines of coke.  That means it won’t be long before we have a copy.  Disney is not going to be very happy if a video of one of it’s biggest stars hoovering the drug up her nose through a rolled up note gets released.

Disney singer Demi Lovato recently shocked the world with her announcement  that she was cutting her tour with the Jonas Brothers short so that she could seek treatment.    It seems like with all the news being leaked Demi has a big fight ahead of her to get her life on track again and the best place for her is in rehab.