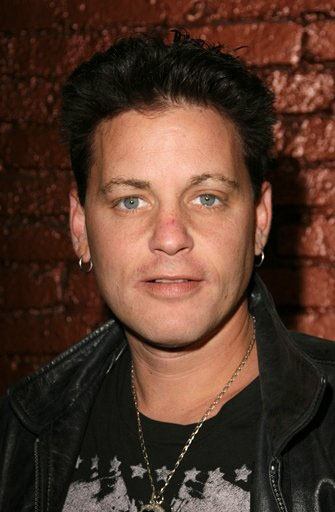 The ‘Lost Boys’ actor was found unresponsive at the Los Angeles apartment he shared with his mother at 3.30am today (10.03.10), according to KTLA TV.

Canadian-born Corey, who was 38, is believed to have passed away from an accidental drugs overdose at the property in Oakwood, near Burbank, California. His mother was present at the time.   The star was taken to Providence St. Joseph’s Medical Center where he was pronounced dead, according to sources at the Los Angeles Police Department’s North Hollywood Division.

Coroner’s Lieutenant Cheryl MacWillie has already revealed an autopsy will be carried out to determine the official cause of death.   Corey shot to fame in the 80s after appearing in ‘Lucas’, werewolf movie ‘Silver Bullet’ and cult vampire film ‘The Lost Boys’, which also starred Kiefer Sutherland.

He also briefly dated former Spice Girl Victoria Beckham in 1995.   Corey had made no secret of his battles with drug abuse and in 2000 he confessed to taking large quantities of the sedative Valium every day.   But he appeared to be a battle he had won and in 2004 he claimed he had overcome his substance abuse problems, saying: “I’m clean, sober, humble and happy."