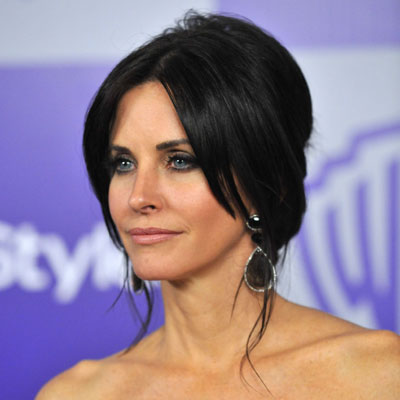 I’m guessing that this doesn’t say much for David Arquette! Ha.

Apparently, after their split, Courteney Cox has been thinking about cruising the market for a guy who’s not too handsome. Courteney talked to press about what she’s looking for in a new man, and came up with someone who’s not that great looking. Crazy.

She said that she’s too shy and that she worries about dating. She said, “I’m just busy working and looking for some calm and some time to sit back and reflect. You know what would be really hard for me? To go out with someone who I thought was too handsome – someone who, in every way, looks better than I do. That would be really uncomfortable.”

Does she have an inferiority complex or something? She’s pretty and could likely have any guy she wants in Hollywood. Except for Wilmer Valderrama, of course. He’s busy chasing after Disney chicks who are barely legal.