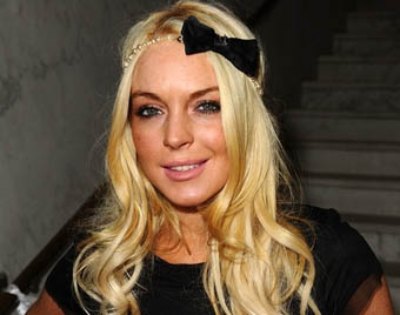 After BristolGate, it would seem that Dancing With The Stars would have to pull something magical out of their hat.

Last season, when Bristol Palin almost walked away with the Mirror Ball trophy, so many people threatened to stop watching the show. So what does ABC do? They start pining for Lindsay Lohan to come on the show! Could she be their saving grace???

A source said, “Dancing With The Stars producers have had Lindsay on their wish list of castmates for a very long time. The producers were concerned about her erratic behavior, but they are taking another look at asking her to come on for the next season because she is doing so well at her sober living facility. The producers are aware that she would be available because she isn’t going to be filming Inferno.”

The source added that the ABC show would showcase Lindsay’s lesser known talents: “The girl can dance. Lindsay is wicked talented.”

Despite the allure of the hit reality show, the source stressed that Lindsay’s future will depend on what is best for her ongoing sobriety. “Lindsay won’t be making any decisions about what she chooses for her next project without consulting first with her treatment team,” the source said.

“This wasn’t mandated by the court, her advisors or medical team, but Lindsay has taken that step herself, which is a very, very positive sign.”

One added bonus of the high-profile gig is the money. “It pays very well. Lindsay has very limited income coming in and this could help get her out of the red,” the source said.

Would you root for Lindsay on Dancing With The Stars???