Dancing With The Stars Week 7 ‘The Results’ Show Recap 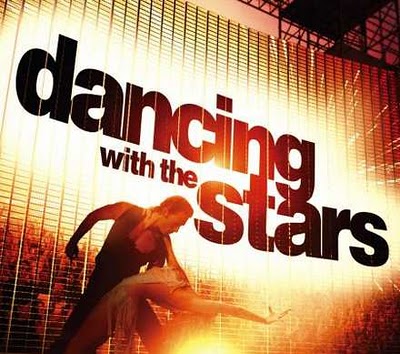 It’s time for Dancing With the Stars again and in the next hour we are going to know who got sent home or as they say on DWTS who will live to see the next chapter and for someone it will be the end.   So let’s get started …….

Last night there was so much fantastic dancing  the judges have decided to request that Team Apolo Ono do an encore rather than one team cause as Len says 3 is better than one.   Team Apolo was made up of Kurt & Anna, Brandy & Maks and Jennifer & Derrek.

The first couple  safe is  Brandy and Maksim Chmerkovskiy.   Bristol Palin and Mark Ballas are in jeopardy.

Tonight is the 200th show celebration and because of this they will be giving some special awards.  The first award given is for Most Dramatic Moment and was won by Marie Osmond and her fainting moment.  Best, Worst Dancer was won by Kenny Mayne.  Biggest Dancer Transformation was won by Louis Van Amstel.

The next couple safe is Jennifer Grey and Derek Hough.  Rick Fox and Cheryl Burke are in jeopardy.

The next couple safe is Kurt Warner and Anna Trebunskaya.  Kyle Massey and Lacey Schwimmer are in jeopardy.

Safe to dance again next week are Bristol Palin and Mark Ballas and Kyle Massey and Lacey Schwimmer.

Leaving the show tonight are Rick Fox and Cheryl Burke.