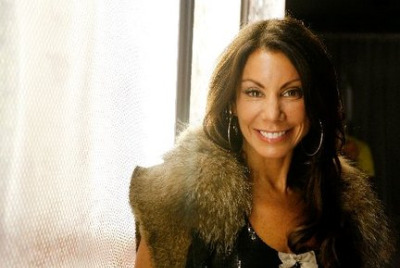 Danielle Staub has opened up about why she had to walk away from the Real Housewives Of New Jersey.

In a new interview, she said, “I’m way too good for this. They have used me about as much as I can be used.”

She has already clashed with the other housewives and has been attacked on the show several times. She said, “”I think it’s time for me to move on and upward. I don’t see any interest for me to be attacked like that.”

In addition, she said, “I mean, what’s left for [the other castmates]? To kill me? Bravo seems to be glorifying their behavior. And I think it’s almost like telling children to behave poorly at school, ‘It’s OK.'”

She went on to reveal that she has plans of her own, saying, “I want my own show. I want to be now. Not me according to other people. Me…a spin-off is absolutely, positively where I’m going.”

She says that a spin-off would allow “my kids to be seen for the wonderful children that they are. I want to be shown as a mother, an artist, a supporter of my charities and the foundations that I’m passionate about. I want to use my platform to speak about the things that I love in my life.”

Should Danielle get her own show? What do you think?