David Arquette And Courteney Cox Had A Sexless Marriage 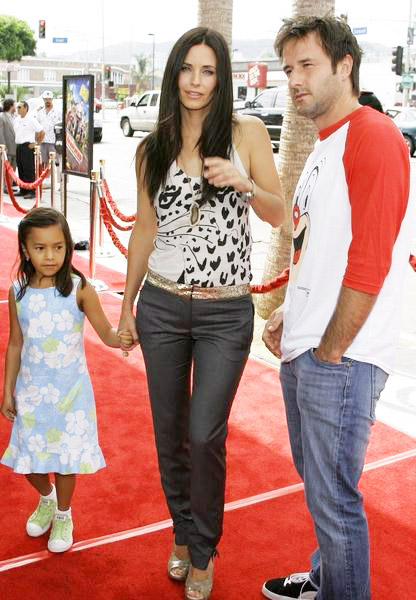 Talking about your separation and explaining why it happened on the Howard Stern Show indicates some serious signs of mental breakdown – or at least drunkenness!  David Arquette did just that today when he made a fool of himself by baring his soul live on the show – telling Stern how Courteney Cox was tired of “being his mother” and that he needed to grow up and learn to take care of himself.

Sounding a bit high or stoned, maybe drunk, Arquette went on to state that he and Cox have not had sex for 4 months and have been de facto separated since just after their 11th wedding anniversary in June at Courteney’s insistence.  David denied having fooled around on Cox but admitted sleeping with Jasmine Waltz after the separation commenced.  He sounded confused and lonely – complimenting Courteney and making it clear that he wanted a reconciliation.   If I were his wife I’d steer clear of him – at least until he really gets his act together.  I mean calling Howard Stern and whining on air – what kind of behavior is that for a 40 year-old?