David Arquette Says He Is Having A Nervous Breakdown 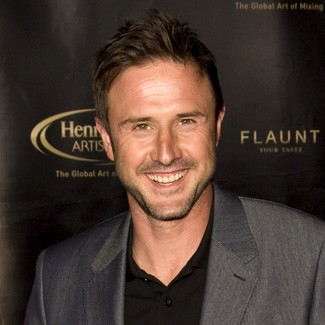 Scream actor David Arquette, 39, and his wife Courtenay Cox decided to take a break from marriage In October 2010 after 11 years of marriage. Since the announcement was made David has appreared on Howard Stern’s radio show several times. In his recent visit David admits he has a problem and has had a nervous breakdown and has been drinking in excess.  David also revealed he has been seeing a psychiatrist to work on his issues.

Us Weekly reports:  During his one-hour chat, Arquette said that “everybody is worried and concerned about me,” and that he’s seeing a psychiatrist weekly.  He admitted he’s been partying pretty hard — especially at a recent holiday party hosted by Adam Sandler, in which he drunkenly called Tom Cruise “Sean.” “I was a little wasted,” Arquette says. “Someone says ‘Hi David!’, and I said, ‘Hi Sean! Then I realized it was Tom Cruise. And his beautiful wife [Katie Holmes] was there.”

Why the heavy drinking? “I’ve been drinking a lot because I’m heartbroken,” he said. “It’s really a personal, traumatic thing.”  But he added that he had a “semi religious” epiphany recently: “When I drink, I become a maniac.” Arquette said he’s not drinking at all anymore. “When you wake up and reality hits you, it’s hard.

David needs to stop whining and get some help and BIG HINT David stop airing your dirty laundry in public!