Dawn Holland Will Not Rat On Lindsay Lohan – Is Lohan Buying Her Silence? 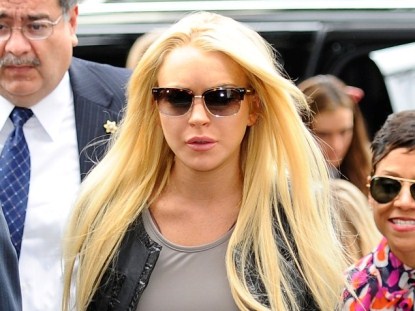 When Lindsay Lohan assaulted Dawn Holland, the Betty Ford Centre employee who was in charge when Lindsay returned past curfew last week, Dawn did not know she would become so famous so fast.  Lindsay pushed Dawn Holland and grabbed a phone from her hand, badly spraining Dawn’s wrist.  At first dawn went to the police and the press, making some nice money for her interviews, but now she has decided through her lawyer, Keith Davidson, not to pursue her case against Lohan with the police.

Davidson said that Dawn does not want “in any way shape or form to do anything that would violate Lindsay’s probation or cause an arrest.”  Hmmm… does this mean that Lindsay’s people are now paying Dawn to keep quiet?  Isn’t that a crime in itself – witness tampering?

We think that Dawn Holland would be just perfect to serve as therapist/employee on the next version of ‘Celebrity Rehab.’