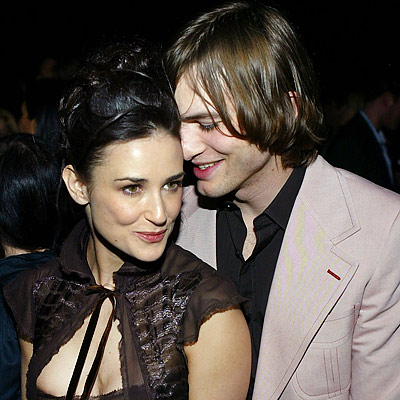 Jones, who says she had sex with Ashton, 32, in his home while an unsuspecting Demi, 47, was filming in Detroit, says the affair was part of the Hollywood hunk taking advantage of his open marriage.  “Ashton said he and Demi have an open relationship and have threesomes often,” Jones said, in a new interview.

I have to say I am shocked – when she first got with him I though “that won’t last” but as time passed it appeared they were perfectly happy.  Now this bombshell has been dropped and generally in Hollywood where there is smoke there is fire!  What do you think?  Does Ashton & Demi have an open marriage or was that just Ashton making excuse for why he was being a dirty dog?